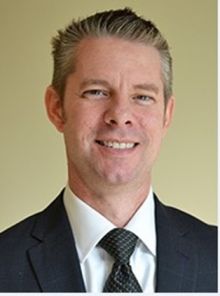 Dr. Carr enjoys teaching and mentoring medical students and training residents and is an advocate for rapport building, ethics, compassionate and empathic care and team building within clinical practices and the hospital. He has a specific interest in interventional psychiatry and its effectiveness for those with refractory psychiatric illnesses. He is also interested in differential diagnosis, drug-drug interactions and research in new treatment modalities.

She completed her residency in 2010 at the University of Florida, Department of Psychiatry. She is board certified by the American Board of Psychiatry and Neurology. Her expertise is in psychopharmacology and student mental health services.

Dr. Ludmila De Faria has been a psychiatrist in Florida for over 15 years, seeing patients, teaching psychopharmacology and participating in research. Dr. De Faria has a special interest in and works closely with minority populations. She is especially interested in increasing access and decreasing mental health disparities among minorities and providing a culturally sensitive environment for patients. She is a distinguished fellow of the American Psychiatric Association. Dr. De Faria was born in Brazil where she earned her Medical Degree from the Universidade de Brasilia and moved to the United States in 1991 to complete medical training at Jackson Memorial Hospital/University of Miami.

Dr. Jacobs has worked in Student Mental Health since 2000. Prior to that, she worked at a Community Mental Health Center in Fort Wayne, Indiana and has had a private practice.

Her interests include Attention-Deficit/Hyperactivity Disorder, Depression, Anxiety, and Cultural & Women’s Mental Health.  Since 2008 she has also served as an Assistant Dean for the Office for Diversity and Health Equity for the University Of Florida College Of Medicine. Some of her duties there include the recruitment and retention of Underrepresented in Medicine groups, such as African Americans, Latinos, and Native Americans.

Dr. Marcia Morris is an Associate Professor in the Department of Psychiatry at the University of Florida and Associate Program Director for SHCC Psychiatry. Dr. Morris has worked as a psychiatrist at the University of Florida providing clinical care to college students for over twenty-five years. Her areas of specialty include depression and anxiety.

Through writing and media appearances, Dr. Morris promotes preventive care and comprehensive treatment of mental health in the college years. Her book The Campus Cure: A Parent’s Guide to Mental Health and Wellness for College Students was published in 2018.  She has a Psychology Today blog on “College Wellness: Promoting happiness and health in the college years.” She has been published in the New York Times and has appeared on NPR’s On Point.

Dr. Morris received an undergraduate degree from Harvard University in English and American Literature and a medical degree from Yale University. She completed her psychiatry residency at New York Hospital Cornell Medical Center. She is a board-certified psychiatrist and a Distinguished Fellow of the American Psychiatric Association. She has previously Co-Chaired the College Mental Health Task Group of the National Network of Depression Centers.

Dr. Rodriguez is interested in psychotic disorders and chronically ill patients. She has spent a lot of time with the homeless mentally ill. Her other area of passion is helping undergraduate and graduate students with mental illness. “Many of these patients are away from home for the first time, and having a mental illness during this time makes this transition even harder.”

In 2008 Ms. Rye completed post-graduate training at the University of Florida for certification as a psychiatric nurse practitioner and was board certified in 2009. Her primary area of interest is psychopharmacology. She has practiced in community mental health outpatient clinics where she has developed a specific interest and expertise in the treatment of schizophrenia and bipolar disorder. She has experience treating acute psychiatric disorders including anxiety, mood disorders, and psychoses and providing maintenance medication management.

In addition to practicing part-time at the University of Florida Counseling and Wellness Center since 2010, she also holds a position as a Clinical Assistant Professor in the University of Florida’s College of Nursing. In the College of Nursing, she serves as a part-time clinical faculty preceptor for DNP students and provides mental health services in their nurse-managed rural health clinic, Archer Family Health Care.

Rizan Yozgat received her Master’s degree in education with a major in Community/Agency Counseling in 1990 from Western Kentucky University. She received her Master’s degree in nursing from the University of Florida in 2002 as a Psychiatric Mental Health Nurse Practitioner. She began working at UF in 2002, is a generalist and enjoys working with students facing a variety of challenges.