The first and only center of its kind at the University of Florida, the UF Sports Concussion Center supports the clinical care, testing and research of concussive injury in all UF students — athletes and non-athletes alike. A division of the Student Health Care Center, the center receives staffing support from the University Athletic Association. 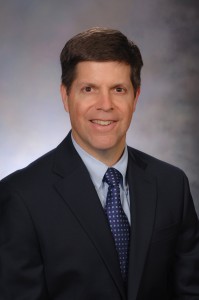 Dr. Clugston is an Associate Professor in the Department of Community Health and Family Medicine. He is Board-certified in Family Medicine and holds a Certificate of Added Qualifications in Sports Medicine (CAQSM). He serves as a team physician for the University of Florida Athletic Association with primary responsibility for football, men’s basketball and men’s golf. He founded the UF Sports Medicine Fellowship in 2006 and currently serves as the program’s assistant director. His research interests are focused on concussion management, and he is principal investigator for several ongoing concussion research studies. He also currently serves on the NCAA/DOD Grand Alliance Consortium Operating Committee, the Southeastern Athletic Conference (SEC) Working Group on Concussion and the Arena Football League Concussion Task Force.

The UF Sports Concussion Center is a participating organization of the NCAA-DOD Grand Alliance CARE Consortium. 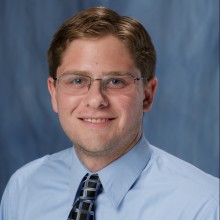 Breton is a graduate student in the Neuropsychology area of UF’s Clinical and Health Psychology doctoral program. His clinical and research interests include pre-morbid characteristics affecting cognitive function in the context of sport-related concussion, as well as investigating the utility of cognitive rehabilitation in athletic populations. Breton previously attended the University of North Carolina at Chapel Hill where he earned degrees in Psychology and Exercise and Sport Science – Athletic Training. He has been a certified athletic trainer since 2013. While at the University of North Carolina, Breton was a research assistant at the Matthew Gfeller Sport-Related Traumatic Brain Injury Research Center. 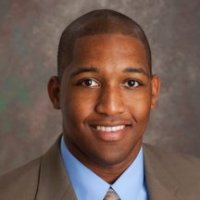 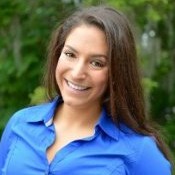 Sarah is a graduate student specializing in neuropsychology in the University of Florida Department of Clinical and Health Psychology. Her primary clinical and research interests include identifying predictors of concussion recovery, examining the role of sleep during concussion recovery, and investigating the cognitive implications of concussion. Sarah completed her bachelor’s in Psychology at the University of Florida where she worked as a Clinic and Research Coordinator in the UF Pediatric Neuropsychology Clinic and as a Research Assistant in the UF Sports Concussion Neuropsychology Research Lab where she assisted in the CTSI’s Health IMPACTS for Florida network, Concussion Surveillance and Monitoring Program. Sarah currently serves as President of Athlete Brain, a student-led organization dedicated to increasing concussion awareness, education, and research in The Gator Nation, and is the Chair of Athlete Brain’s helmet safety initiative “Scoot Safe!” 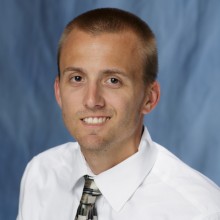 Zac is a graduate student in the Neuropsychology area of UF’s Clinical and Health Psychology doctoral program. His clinical and research interests include identification of non-injury factors that influence cognitive functioning, as well as investigating the utility of cognitive rehabilitation in both athletic and civilian populations. Zac previously attended Jacksonville University where he played collegiate baseball and earned degrees in Psychology, Sociology and Social Sciences. After graduation, Zac worked as a research assistant in a cognitive neuroscience lab at UF on a Department of Defense-funded study dissociating mild traumatic brain injury and post-traumatic stress disorder in a veteran population. 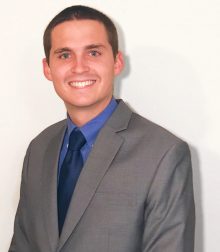 Taylor is a graduate assistant athletic trainer at The University of Florida and a student in the Applied Physiology and Kinesiology department pursing his master’s in athletic training. His clinical and research interests include sport-related concussion, specifically diagnosis, prevention, rehabilitation, and the use of technology with mTBI. Taylor previously attended Charleston Southern University where he earned a degree in Athletic Training. He has been a certified athletic trainer since 2016. Taylor serves as a research assistant for the NCAA-Dod Grand Alliance Longitudinal Clinical Study Core.

Zechariah is a student manager with the University of Florida football team, studying as an undergraduate in Applied Physiology and Kinesiology at the university’s College of Health and Human Performance. Zech currently works as the Head Impact Telemetry (HIT) System Assistant, and his research interests primarily focus on sports-related concussions and concussion management. 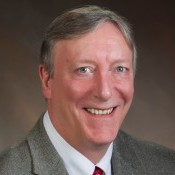 Dr. Bauer, a Professor of Clinical & Health Psychology and Neurology in UF’s College of Public Health and Health Professions and Director of Clinical Training for the Clinical Health Psychology doctoral program, is Board-certified in Clinical Neuropsychology with 30 years of experience in neurobehavioral research, doctoral training and clinical service. He has over 90 peer-reviewed publications on traumatic brain injury and other brain disorders and neurobehavioral syndromes. His current research involves evaluation of concussion management protocols, and examination of structure-function relationships involving memory dysfunction, sleep disturbance and neuropsychiatric symptoms after mild traumatic brain injury including sports-related concussion and both civilian and military TBI. He has also lead the interdisciplinary Traumatic Brain Injury Research Group at UF, a group focused on developing translational research protocols. 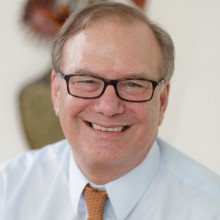 Dr. Steven DeKosky is the Aerts-Cosper Professor of Alzheimer’s Research at the University of Florida College of Medicine, and is the Interim Executive Director of the McKnight Brain Institute. He also serves as Associate Director of the National Institute of Aging- funded Florida Alzheimer’s Disease Research Center at UF. His academic appointment is as Professor of Neurology in the UF College of Medicine. His basic research centers on structural and neurochemical changes in human brain in aging and dementia and effects of traumatic brain injury. His clinical and translational research have centered on understanding the genetics, neuropsychiatric symptoms, neuroimaging, and treatment and prevention of AD. Beginning trauma studies as a Principal Investigator in the University of Pittsburgh Brain Trauma Research Center in 1992, he studied similarities in the injury cascades of TBI and AD. He was an author of the first reports of Chronic Traumatic Encephalopathy (CTE) in American professional football players. He was also a Principal Investigator in the clinical application of the breakthrough amyloid-imaging agent Pittsburgh Compound B (PiB). He directed an 8 year NIH-funded national multicenter trial to assess whether Ginkgo biloba can prevent or delay onset of dementia in normal elderly adults, the first large study of prevention of dementia/AD. Click here to read Dr. DeKosky’s full bio on the Department of Neurology website. 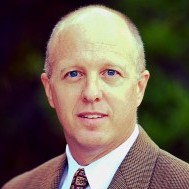 Dr. Eisenschenk is an Associate Professor of Neurology for the University of Florida’s Department of Neurology. He attended the University of Florida as a graduate of the Junior Honors Medical Program. He then completed his Residency, Fellowship, in Clinical Neurophysiology in Epilepsy and Sleep Medicine. He is one of only a few physicians nationally board-certified in Clinical Neurophysiology and Sleep Medicine providing complete assessment of both his patients and the sleep studies he interprets with over 20 years of clinical and research experience. He has helped develop the Sports Neurology and Performance program at the University of Florida. Within the University of Florida Sleep Disorders Center, Dr. Eisenschenk provides evaluation of all sleep-related disorders including sleep apnea, parasomnias, narcolepsy, idiopathic hypersomnia, and nocturnal seizures. His clinical interests are traumatic brain injury (concussion), epilepsy, and sleep disorders focusing on improvement of cognitive and physical performance. His research focuses on areas of Sports Neurology, sleep medicine, epilepsy and driving capacity. His research utilizes neurophysiology and neuroimaging to establish diagnostic modalities improving cognitive and physical performance. 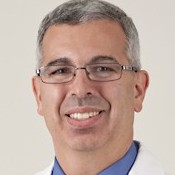 Michael S. Jaffee, MD, is an associate professor in the department of neurology at the University of Florida, where he joined the faculty in 2016. Prior to his current position, he was an associate professor of Neurology and Psychiatry at the University of Virginia, where he served as the inaugural clinical director of the Brain Injury and Sports Concussion Institute and director of the neurology sleep service. He graduated from the University of Virginia School of Medicine in 1992 and completed a combined residency in neurology and psychiatry at the San Antonio Uniformed Services Health Education Consortium in San Antonio in 1998. He later went on to complete a sleep medicine fellowship there in 2011. Dr. Jaffee is board certified in neurology, psychiatry, sleep medicine and brain injury medicine. He has additional certifications in behavioral neurology and neuropsychiatry, as well as neural repair and rehabilitation. His 21-year Air Force career included wartime service as the chief of the medical staff for the largest U.S. military hospital in Iraq and service as the U.S. Air Force Surgeon General neurology consultant. He served as the U.S. Department of Defense liaison to two White House-appointed panels of the Defense Health Board, and as the national director of the Defense and Veterans Brain Injury Center, where he managed a network of 18 sites leading to the publication of over 100 peer-reviewed articles and paved the way for research in the deployed combat area. Dr. Jaffee helped develop seminal clinical practice guidelines and tools for the management of traumatic brain injury. He has represented the Department of Defense with congressional testimony. He has served as a consultant to the Institute of Medicine, the North Atlantic Treaty Organization, the National Institutes of Health and the Department of Labor. Dr. Jaffee retired from the Air Force in 2013 at the rank of colonel. Now at UF, he continues to serve as a national and federal subject matter expert and serves as chair of the Peer Reviewed Alzheimer’s Research Program as part of the Congressionally Directed Medical Research Program. He also is the senior neurologist serving on the American Board of Physical Medicine and Rehabilitation national Brain Injury Medicine board examination committee. Dr. Jaffee has dedicated a significant part of his career to developing innovative educational and research collaborations between the Department of Defense, federal agencies, academic institutions and other stakeholders, including the National Football League and the Alzheimer’s Association. 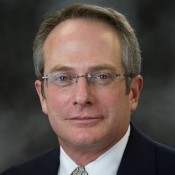 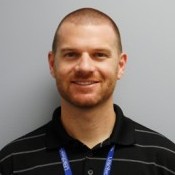 Zach is a physical therapist for UF Health Rehab Centers specializing in the treatment of patients with vestibular disorders, including post-concussion syndrome. He completed his Doctor of Physical Therapy at the University of Florida in 2008 and currently serves as a Courtesy Clinical Instructor in the UF Department of Physical Therapy, where he provides lectures on vestibular and concussion rehabilitation. He has also presented at local and national conferences on concussion rehabilitation and acts as consultant to the University of Florida Athletic Association for treatment of athletes with vestibular and concussion related disorders.